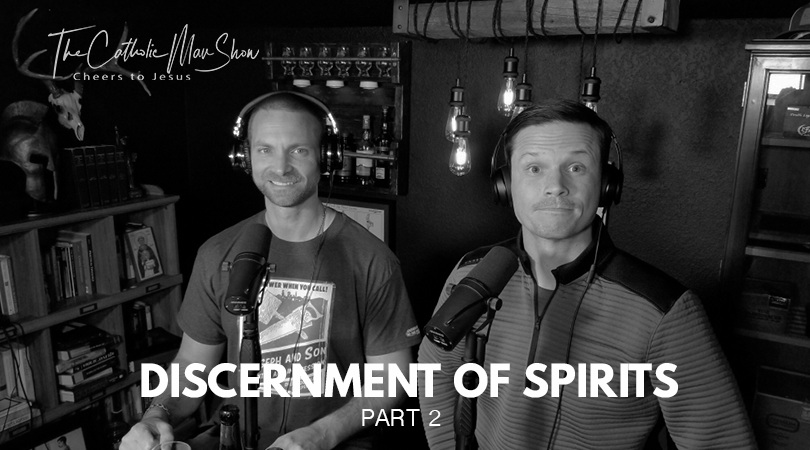 Picking back up from last week’s conversation on Fr. Timothy M. Gallagher’s book, The Discernment of Spirits.

Let one who is in desolation work to be in patience, which is contrary to the vexations which come to him, and let him think that he will soon be consoled, diligently using the means against such desolation, as is said in the sixth rule.

There are three principal causes for which we find ourselves desolate. The first is because we are tepid, slothful, or negligent in our spiritual exercises, and so through our faults spiritual consolation withdraws from us. The second, to try us and see how much we are and how much we extend ourselves in his service and praise without so much payment of consolations and increased graces. The third, to give us true recognition and understanding so that we may interiorly feel that it is not ours to attain or maintain increased devotion, intense love, tears or any other spiritual consolation, but that all is the gift and grace of God our Lord, and so that we may not build a nest in something belonging to another, raising our mind in some pride or vainglory, attributing to ourselves the devotion or the other parts of the spiritual consolation.

Let the one who is in consolation think how he will conduct himself in the desolation which will come after, taking new strength for that time.

Let one who is consoled seek to humble himself and lower himself as much as he can, thinking of how little he is capable in the time of desolation without such grace or consolation. On the contrary, let one who is in desolation think that he can do much with God’s sufficient grace to resist all his enemies, taking strength in his Creator and Lord.

The enemy acts like a woman in being weak when faced with strength and strong when faced with weakness. For, as it is proper to a woman, when she is fighting with some man, to lose heart and to flee when the man confronts her firmly, and, on the contrary, if the man begins to flee, losing heart, the anger, vengeance and ferocity of the woman grow greatly and know no bounds, in the same way, it is proper to the enemy to weaken and lose heart, fleeing and ceasing his temptations when the person who is exercising himself in spiritual things confronts the temptations of the enemy firmly, doing what is diametrically opposed to them; and, on the contrary, if the person who is exercising himself begins to be afraid and lose heart in suffering the temptations, there is no beast so fierce on the face of the earth as the enemy of human nature in following out his damnable intention with such growing malice.

Likewise he conducts himself as a false lover in wishing to remain secret and not be revealed. For a dissolute man who, speaking with evil intention, makes dishonorable advances to a daughter of a good father or to a wife of a good husband, wishes his words and persuasions to be secret, and the contrary displeases him very much, when the daughter reveals to her father or the wife to her husband his false words and depraved intention, because he easily perceives that he will not be able to succeed with the undertaking begun. In the same way, when the enemy of human nature brings his wiles and persuasions to the just soul, he wishes and desires that they be received and kept in secret; but when one reveals them to one’s good confessor or to another spiritual person, who knows his deceits and malicious designs, it weighs on him very much, because he perceives that he will not be able to succeed with the malicious undertaking he has begun, since his manifest deceits have been revealed.

Likewise he conducts himself as a leader, intent upon conquering and robbing what he desires. For, just as a captain and leader of an army in the field, pitching his camp and exploring the fortifications and defenses of a stronghold, attacks it at the weakest point, in the same way the enemy of human nature, roving about, looks in turn at all our theological, cardinal, and moral virtues; and where he finds us weakest and most in need for our eternal salvation, there he attacks us and attempts to take us.